The air content of fresh concrete determines how the mix will react under freeze and thaw conditions. A lack of air-voids causes excessive stress on concrete when it is exposed to freezing water. Because of that, air content must be controlled to ensure high-quality mixes.

With an air-entraining admixture, small air bubbles are deliberately created within a concrete mixture. These bubbles create reservoirs for expanding water which prevent damages on the concrete itself. They relieve pressure while extending the mix’s lifetime.

An ideal air void system consists of small and well dispersed bubbles. Because of that, determining bubble size and spacing are very important when assessing the effectiveness and quality of an air void system. While measuring total volume was historically used to specify air content, it was seen as not satisfactory for many concretes. Due to this, determining these two parameters in fresh concrete was almost impossible before Super Air Meters.

Now, consistent, high-quality air void systems are able to be ensured before concrete has hardened. This allows for changes to be made to the mixture orthe construction practices to improve a concrete’s resistance to freeze/thaw conditions. 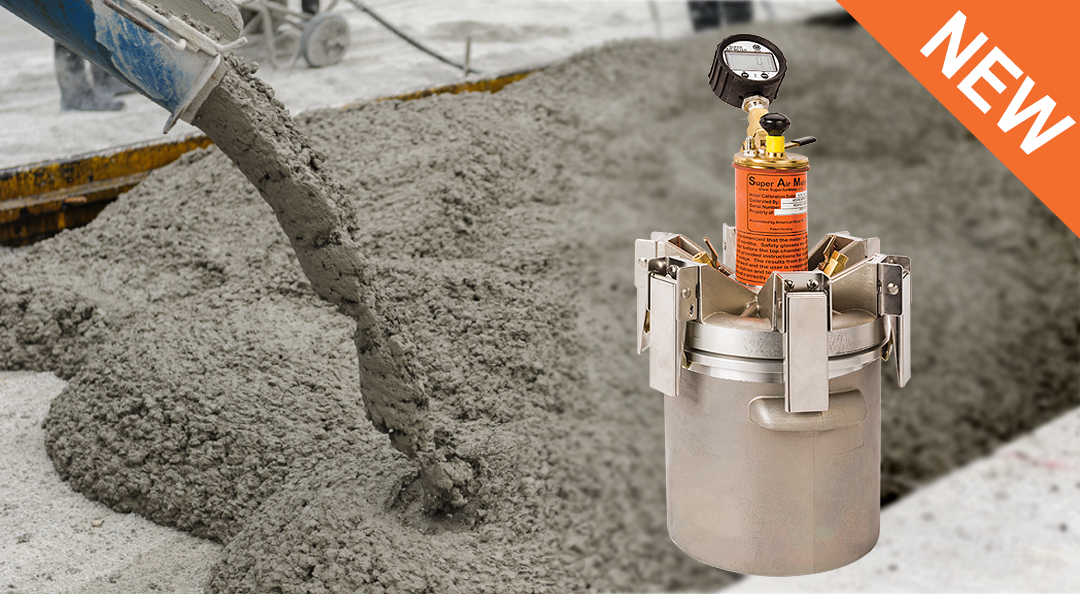 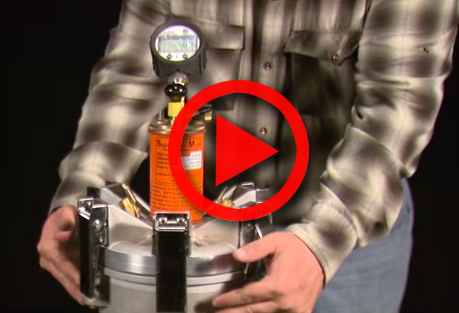 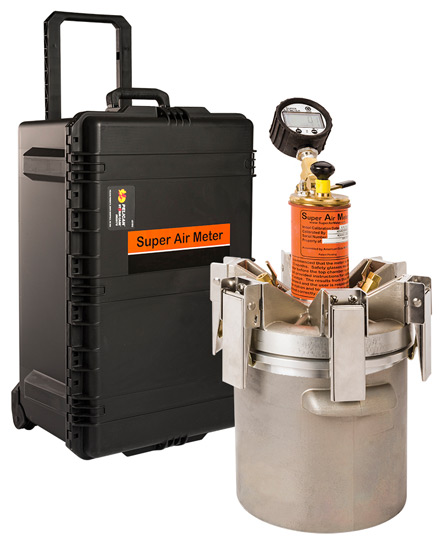 The H-2784 Super Air Meter (SAM) is a testing device that measures both the air void spacing and air volume of plastic (fresh) concrete in about 10 minutes. Air void spacing has been shown to be a better indicator of concrete freeze-thaw durability than total air content; however, until now, it has been challenging to measure in fresh concrete. By being able to measure the actual air-void spacing in fresh concrete, the meter helps users better understand the freeze-thaw durability of their concrete before it is placed.

The meter can function in two ways. First, it provides all the same information as a Type B meter, under the same analytical conditions as a conventional pressure meter. After completing the conventional testing the meter is then able to move into a second mode of operation that places the concrete under a series of higher pressures. By understanding how the concrete responds to the series of high pressures, the meter can assess properties of the air-void system beyond the air content.

The H-2784 Super Air Meter is a modified version of a typical pressure meter (ASTM 231). The primary modification is that two sequential pressurizations are applied to the concrete. The deformation of the concrete is first investigated at 14.5, 30, and 45 psi, the pressure is then released, and the same pressure steps are used again to measure the deformation. The differences between the first and second pressure steps are used to calculate the SAM number, which is correlated with the average spacing between air voids in the concrete mixture. If the spacing between the voids is too high, then this could mean the concrete is susceptible to freeze-thaw deterioration. A SAM number of 0.20 has been shown to correctly determine over 90% of the time whether the spacing between the bubbles meets the recommendations of the ACI 201 Concrete Durability Committee.

This new air meter has been investigated using more than 300 lab and field mixtures at Oklahoma State University and the FHWA Turner Fairbanks Laboratories. As part of an ongoing Pooled Fund Study, the SAM is being used by 10 different DOTs on field concrete. The results of this testing are also being compared to performance in an ASTM C666 rapid freeze-thaw test*. An AASHTO Provisional Standard for this test has been approved. The meter is currently being used in 22 different U.S. States and one Canadian Province. The SAM has been specified in Oklahoma and Michigan on transportation projects.