LANGUAGE PREFERENCE FOR THIS PAGE:

Soil Consolidation is a mechanical process by which an increase in pressure (i.e. construction of a new building) gradually changes the volume of the soil beneath it. This occurs because the water naturally present in the soil will diffuse away from regions of the soil under pressure. Karl Terzaghi was the first to define the comprehensive mechanics of soil in 1925 and today’s analysis still uses the math from Terzaghi’s theory.

The weight of a load is initially carried by existing water within the ground. Settlements occur as the water drains away from soil voids and the pressure becomes transferred to the soil itself. The length of the process depends on the type of soil, happening quickly in sandy soils due to high permeability and taking many years or sometimes decades in clay soils because of low permeability.

Engineers and architects take both the total consolidation and rate of consolidation into account when designing structures as it plays a critical role in the stability analysis. Swelling capabilities of soil must also be considered as soil expansion due to heavy rains may cause large up lifting forces that can damage structures. Detailed information on the properties of soil is needed prior to any construction project to determine the loading capability of the building site. 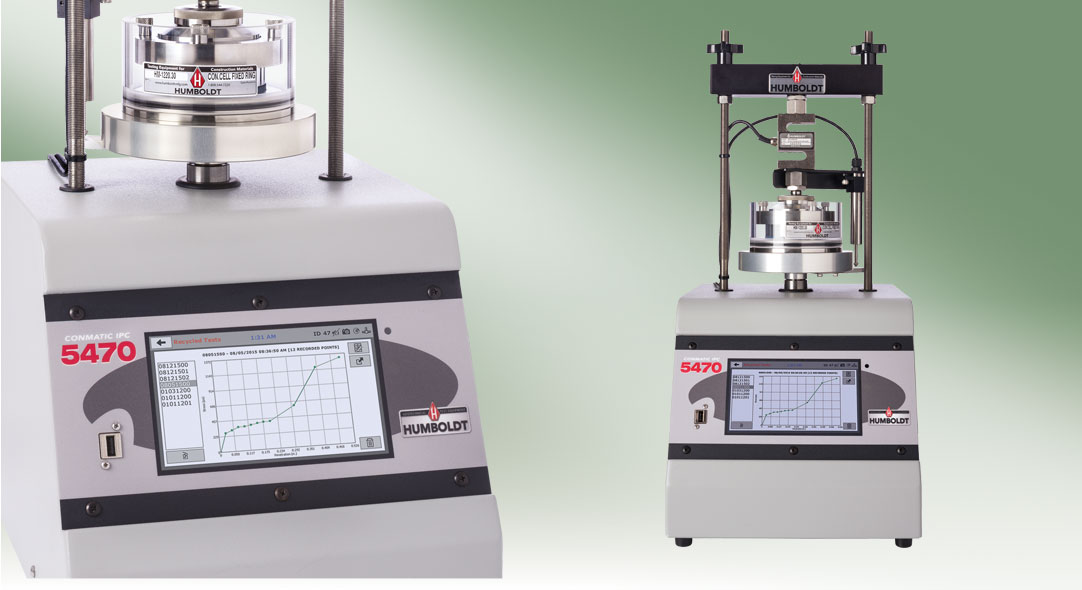 The ConMatic IPC is a fully-automated, incremental pressure controller for performing incremental consolidation and one-dimensional swell tests. The ConMatic IPC allows consolidation, constant load and volume swell tests to be run automatically, freeing up technicians for other tasks and reducing the duration of the testing procedures by more than half — effectively saving time and manpower and increasing lab profitability. One ConMatic automated system can replace the production of several manual machines — running incremental consolidation tests according to ASTM D2435 Method B, where successive load increments are applied after 100% primary consolidation. 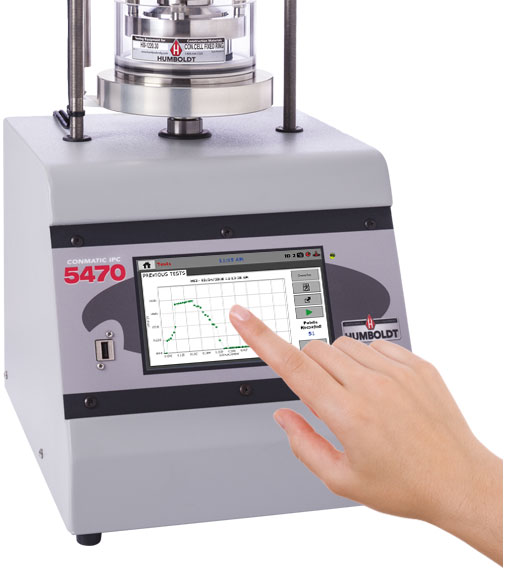 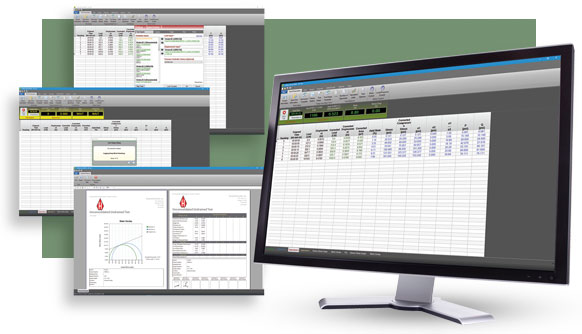 No operator assistance required during tests. 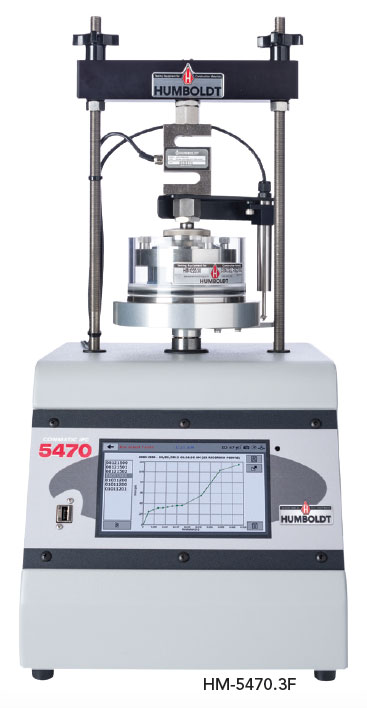 Once a sample has been placed onto the test platform and the test conditions set, the ConMatic IPC performs all consolidation tests, including moving to the next stress level, without operator assistance. The system automatically moves through the different test parameters specified by the user with incremental consolidation tests typically being completed in 24 to 48 hours. The NEXT software uses sample deformation readings taken from the displacement transducer and load readings from the load cell to maintain a constant applied stress or strain to the sample through the use of an accurate stepper motor. Test results are recorded and rendered in real-time on the computer screen while test data is stored and calculations are performed automatically.

The unique design of the ConMatic IPC system enables the user to connect multiple ConMatic IPC units to a single computer and run them independently and simultaneously.

Additional Soil Mechanics and Geotechnical testing may be required and Humboldt offers a full line of equipment to meet your needs.

Direct Shear Testing — It may be necessary to know the cohesion and internal angle of friction to determine the soil strength. Humboldt provides both the necessary equipment and software to perform direct shear tests.

Triaxial Testing — Determine the effects of fluids on mechanical properties of soil, rock or any other granular material. Click here to see our full line of Triaxial Testing Equipment, Software and Accessories.

Next Software — The software provides a computer-based platform that not only can control Humboldt’s testing machines, but also provides data acquisition and reporting. Available enhancements available for test-specific modules.

Contact a Humboldt product specialist at 1.800.544.7220 ext. 6303 to learn more about our Automated Consolidation Equipment.