LANGUAGE PREFERENCE FOR THIS PAGE: 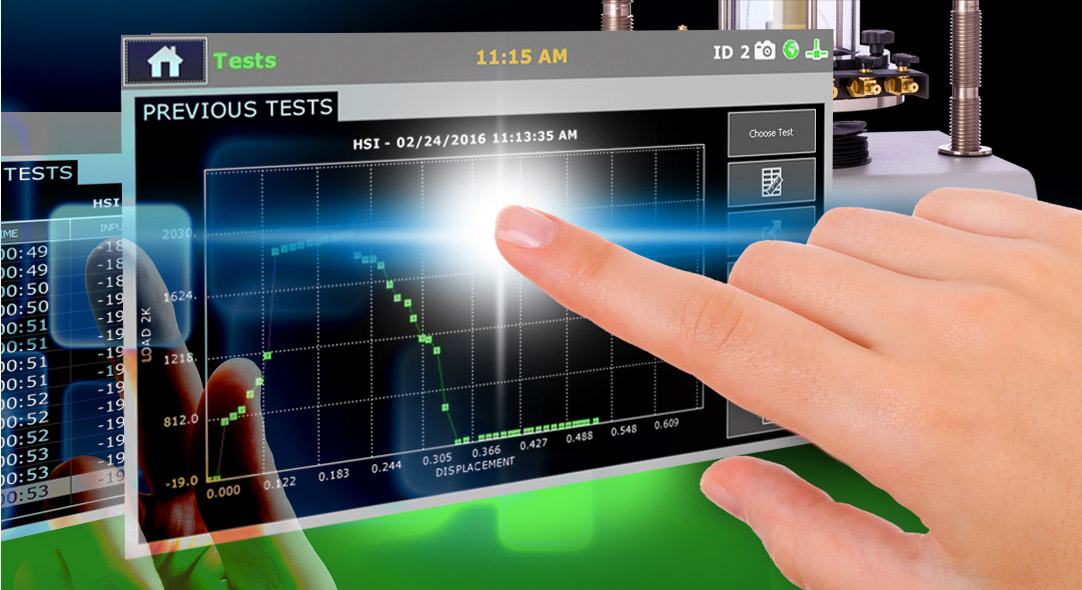 Humboldt introduces our new Elite Series testing machines, including Load Frames, Automated Consolidation, Direct Shear and Data Loggers. These new machines feature our new 7" color, touch-screen, which will allow lab personnel to set-up, control and monitor their machines and tests with the help of a real-time, hi-res graphical display in stand-alone mode. 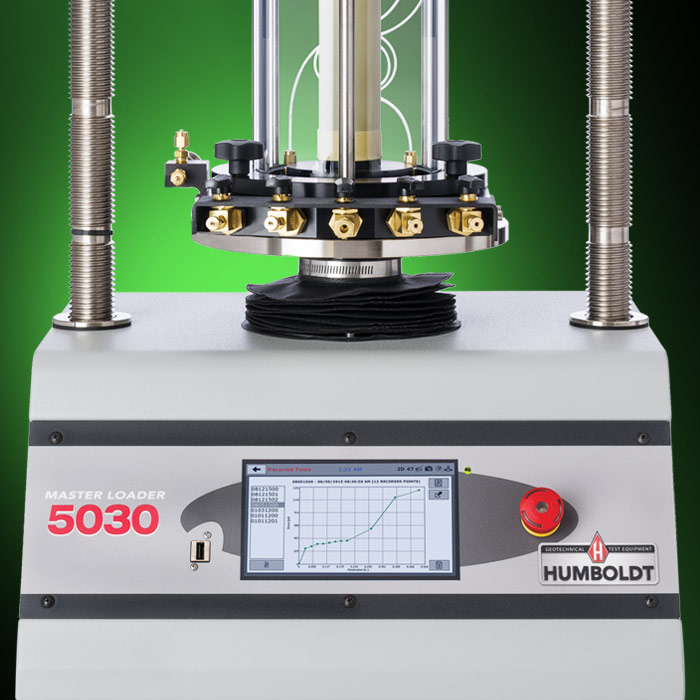 Providing the materials testing lab with a choice of three, highly-versatile and precision-built loading systems covering a range of testing applications. 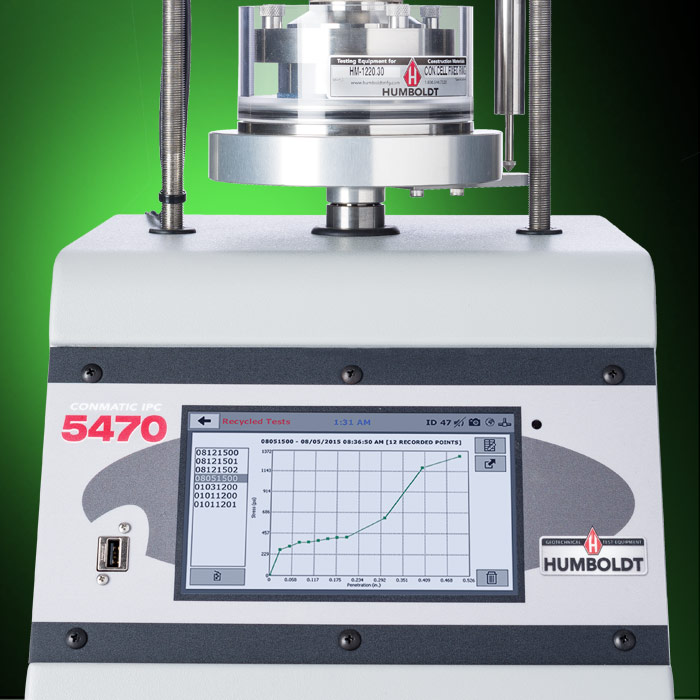 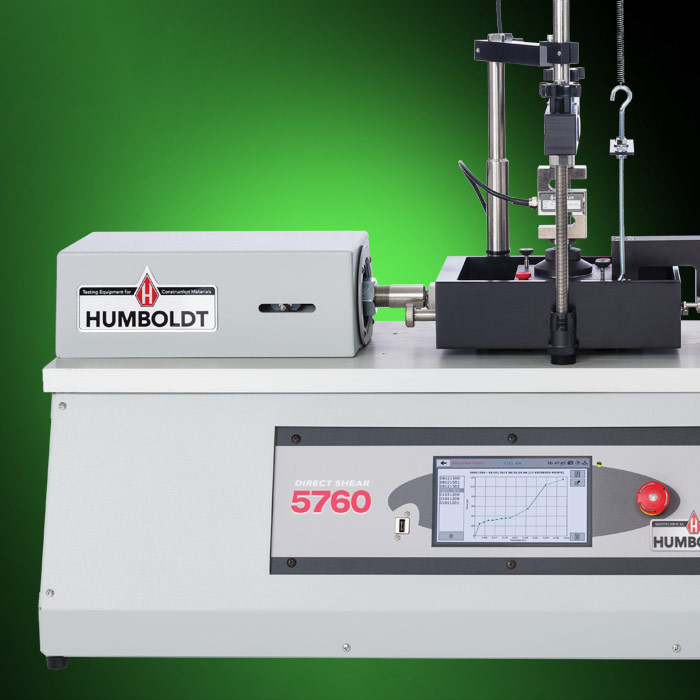 A choice of a pneumatic loading and several dead-weight machines for directshear testing applications. 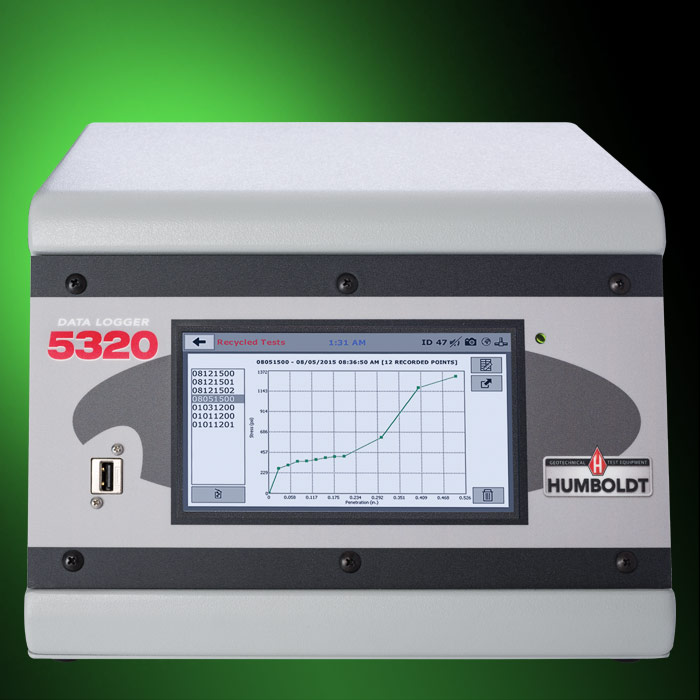 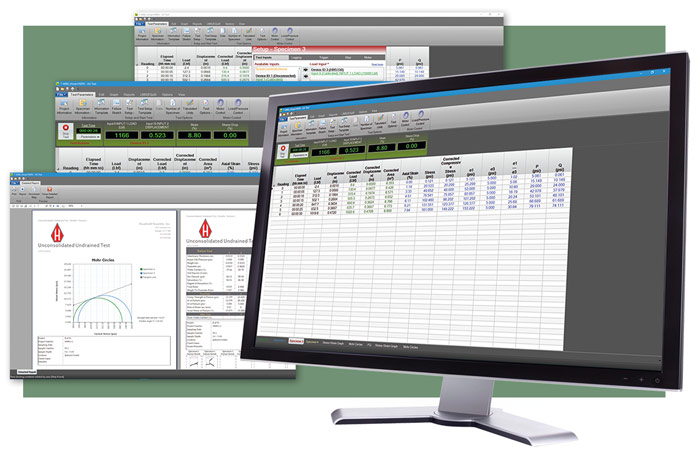 A computer-based platform with the ability to configure testing machines and the testing process; calibrate transducers, load cells and digital indicators; specify testing parameters and limits, operate the machine during the testing and provide detailed reports of the data collected in tabular or graphical formats.